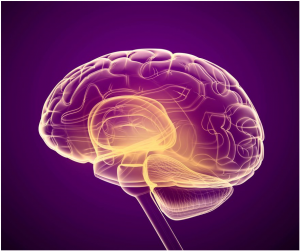 Stanford University scientists identified a compound that appears to reverse a defect implicated in Parkinson’s disease. (alex-mit/iStock/Getty Images Plus)

Scientists at the Stanford University School of Medicine have identified a molecular defect that seems common among almost all patients with Parkinson’s disease. The marker could help diagnose the neurodegenerative disorder earlier, they argue, and it has already helped them pinpoint a promising drug candidate.

Parkinson’s can be classified as either sporadic or an inherited type caused by genetic mutations. In a study published in Cell Metabolism, the Stanford team showed that the the failure of cells to effectively remove an enzyme called Miro1 was observed in a large proportion of tissue samples from both types of Parkinson’s patients, as well as those at high risk.

With the help of artificial intelligence-based drug discovery specialist Atomwise, the team screened millions of small molecules that could target Miro1. The most promising compound they found cleared out the protein and stalled neurodegeneration in fruit flies. Xinnan Wang, the study’s senior author, has founded a company, CuraX, hoping to push the compound or a close analog into clinical trials in a few years.

Parkinson’s is caused by the death of dopamine-producing nerve cells, which help transmit motion-regulating signals between neurons. One prevailing theory holds that the problem is caused by defects in the cell’s energy factories, called mitochondria. Dopaminergic neurons in the brain need a lot of energy, and they produce toxic byproducts that are harmful to mitochondria. Our body clears out the damaged mitochondria by degrading Miro.

In the new study, Wang’s team collected fibroblasts from 83 Parkinson’s patients (including both familial and sporadic) and five asymptomatic close relatives considered to be at high risk. The researchers disrupted the cells’ mitochondria in lab dishes, which should have caused Miro degradation and clearance of the damaged mitochondria.

However, the researchers found that Miro persisted in 78 of the 83 Parkinson’s fibroblasts and all five high-risk samples. That problem didn’t occur in either control samples or those taken from patients with other movement disorders.

Atomwise then used its AI algorithm to help the scientists screen over 6.8 million drugs for molecules that would bind to Miro in a way that would promote its separation from mitochondria. They selected one candidate that significantly reduced fruit flies’ Miro levels without causing toxicities.

In fibroblasts from a patient with sporadic Parkinson’s, the drug improved Miro clearance. And in three different fly strains engineered to develop Parkinson’s-like climbing difficulties, it prevented the death of dopaminergic neurons. It also preserved climbing ability in two of the fly strains, the researchers reported.

Targeting mitochondria has always been an area of interest in Parkinson’s research. A team from Capital Medical University in Beijing and the University of Iowa recently focused on filling the energy gap left by dysfunctional mitochondria. The researchers found that terazosin, a treatment for prostate enlargement, might be able to do the job.

Wang and colleagues believe the Miro defect could serve as a marker to help diagnose Parkinson’s earlier in the disease process. Currently, when a person starts to show symptoms of the disease, about half of the dopaminergic neurons in the brain have already died.

What’s more, Mrio1 could prove to be a promising drug target for treating the disease, the study’s authors argued. “Our hope is that if this compound or a similar one proves nontoxic and efficacious and we can give it, like a statin drug, to people who’ve tested positive for the Miro-removal defect but don’t yet have Parkinson’s symptoms, they’ll never get it,” Wang said in a statement.