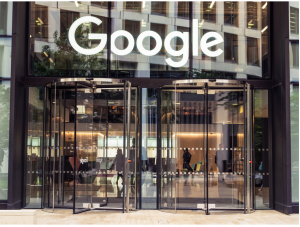 About 10 months after first announcing the move, Google has finally subsumed the healthcare-focused efforts of U.K.-based artificial intelligence firm DeepMind—and with them, its data-sharing partnerships with multiple National Health Service (NHS) hospitals.

First made public in November 2018, the plan was to transfer personnel from DeepMind—which already serves underneath the umbrella of Google’s parent, Alphabet—over to the tech giant’s health team, along with oversight of its Streams mobile app developed for doctors and nurses.

The handover was announced days after Google’s health team brought on former Geisinger President and CEO David Feinberg to consolidate the company’s various healthcare-related enterprises under a single strategy and banner.

Going forward, DeepMind’s healthcare team will work with Google to develop apps and cloud storage offerings among other products geared for care teams and patients.

Previous projects have included developing AI programs to read mammograms and head and neck CT scans as well as spot the signs of macular degeneration and scanning electronic records for patterns to predict deteriorating health conditions with help from the U.S. Department of Veterans Affairs.

Delays in the restructuring stemmed in part from the need to renegotiate data-sharing agreements and contracts with NHS trusts, according to a report from the BBC.

In a company blog post, Google Health’s U.K. site lead Dominic King said it would continue its partnerships with the Royal Free London NHS Foundation Trust, the Imperial College Healthcare NHS Trust and the Taunton and Somerset NHS Foundation Trust. Meanwhile, the Yeovil District Hospital decided to end its agreement, though it signed five-year contract with DeepMind in 2017, according to the BBC.

“It’s clear that a transition like this takes time,” wrote King, a former NHS surgeon who has served as medical director at DeepMind. “Health data is sensitive, and we gave proper time and care to make sure that we had the full consent and cooperation of our partners. This included giving them the time to ask questions and fully understand our plans and to choose whether to continue our partnerships.”