Spraying the Absorbable hemostatic particles on the bleeding surface of a wound, with its granular molecules absorbing rapidly the moisture from the blood and gathering the visible components (such as platelets, red blood cells, albumin, thrombin and fibrin, etc.) in the blood at the surface of particles to form a gelatinous mixture, Meanwhile, it speeds up the activation of endogenous hemostatic factors, shortening the clotting process and forming a solid and reliable local blood clot, stopping bleeding within several seconds, without leaving any traces locally.
Scope of application

Absorbable hemostatic particles is indicated in surgical procedures as an adjunctive hemostatic device to assist when control of capillary, venous, and arteriolar bleeding by pressure, ligature and other conventional procedures is ineffective or impractical. Especially for the large-area oozing of the blood, depth bleeding and the part bleeding and the part bleeding that surgery can’t reach, reduction of postoperative adhesion . 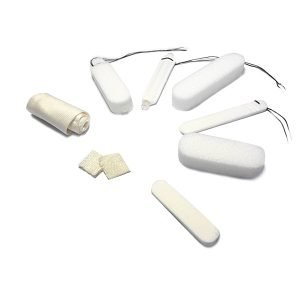 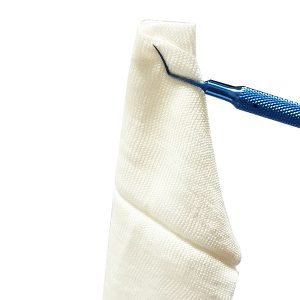